I've seen the new film Boom Bust Boom at two private views: with an audience at De Montfort University and again at SOAS: there was a third private view as part of the excellent INET 2015 Conference "Liberté, égalité, fragilité" (blog post to follow).  The film is great fun... an overview of a Minskian alternative to neoclassical economics, the debate about reforming economics education, and a reminder that private credit is behind almost every bubble. However, at both private views the audience highlighted the film's superficial analysis of power. Ben Timlett, one of the co-directors, liked the suggestion from the SOAS audience to include a puppet of Marx.

The issues of power and gender are endemic to economics. When we were collecting signatures for the ISIPE open letter, we had a real problem finding senior economists to represent our campaign. The early signatories were 90% male, based mainly in Europe and the US. We were so concerned that we began a campaign within the campaign to make our supporters list more diverse. As Daniel Kahneman said in the film, we might not find it easy to de-bias ourselves as individuals, but organisations should be able to. This lack of diversity exists across academia, with only 11% of UK economics professors being female. Things are a little better at Reteaching Economics, with over 40% female members. To borrow the slogan from another campaign, reforming the economic system 'has to be about more than white men' and the film might have done more to counteract these biases.

With these caveats, the film does a great job of outlining a Minskian alternative to neoclassical macroeconomics; discussing the history of financial crises from tulips to railways to sub-prime mortgages; and giving a very accessible critique of neoclassical models. All done with cartoons and puppets, interspersed with interviews, including a double act between Hyman Minsky (the puppet) and his son, Alan. For this Minskian alternative, things are not as bad as Paul Mason suggested when he wrote that 'the radical, pro-Minsky faction is at a disadvantage because it does not possess a complete alternative model of capitalism'. There are plenty of stock-flow consistent Minsky models with debt, including my own, and this modelling tradition has depth and breadth. However, the problems within economics cannot be solved by new models alone. 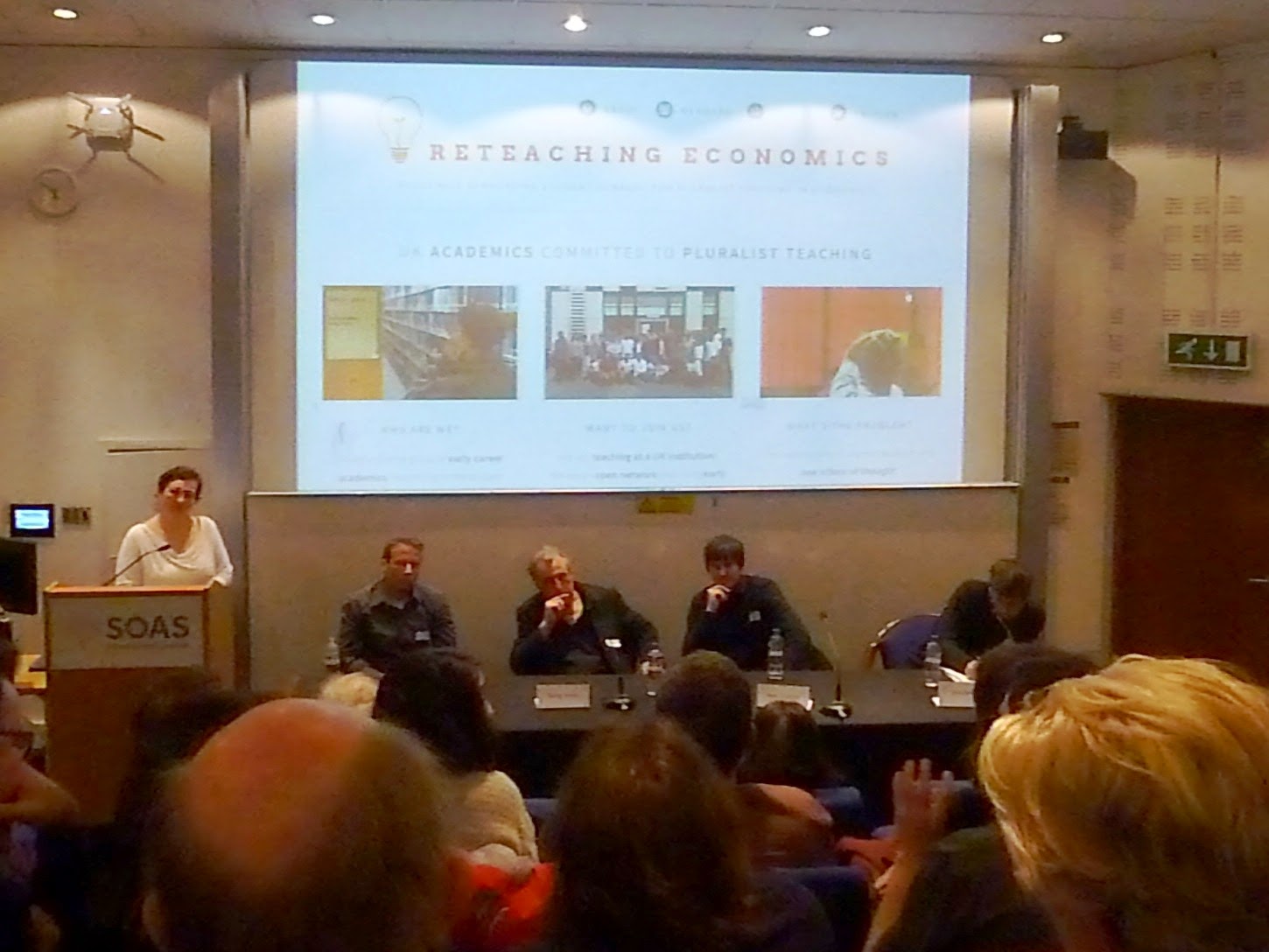 The film made some useful policy recommendations, including a reminder by Andy Haldane of the need to separate the dangerous (speculative, Ponzi) activities of banks from their steady (hedge) activities. There could have been more discussion of the nature of crisis today, which Kahneman wryly observed 'hasn't ended yet'. The role of offshore finance could also be explored more deeply. Like Kindleberger's 'Manias, Panics and Crashes', the film identifies the role of private credit in forming bubbles, but might have dug into Eurodollar markets, financialisation and offshore credit markets. Creditor-friendly regulators bailed out these powerful, private interests, sowing the seeds of present crises.

Would I recommend this film?  Yes. The cartoons and puppets are great fun; it makes a useful contribution to the debate about alternatives to neoclassical economics; and it is a reminder that private credit is behind almost every bubble. The film is very accessible, to a non-technical audience, which has to be a good thing. Perhaps the solution is to follow up with a second film that analyses the power and politics behind private credit: central banking, offshore finance, gender, tax avoidance, inequality, austerity and so on. Minsky is ignored, not because everyone is swept up blindly by euphoria, but because it is in the interests of those in power to keep the bubble going.
Posted by Neil Lancastle No comments: