Spinning from the CORE


What have the CORE steering group and the ISIPE student letter got in common? The short answer: nothing.

If you scan the list of supporters (last scan, 5th October 2014) you find that not a single steering group member has publicly supported the ISIPE call for 'a more open, diverse and pluralist economics'. Some of us have received private messages of support, but it would be fantastic if someone like Diane Coyle (chair of the steering group and acting chairman of the BBC trust) or Eric Pentecost (chair of the Royal Economic Society's CHUDE committee) were to sign the letter.

Especially when 'CORE in the news' includes ISIPE press coverage with the phrase 'we try to link to all the mentions of the CORE project in the media'. Anyone would think this was the 'citation cartel' and 'invisible college' that Victoria Chick referred to at the Post-Crash Manchester fringe event. 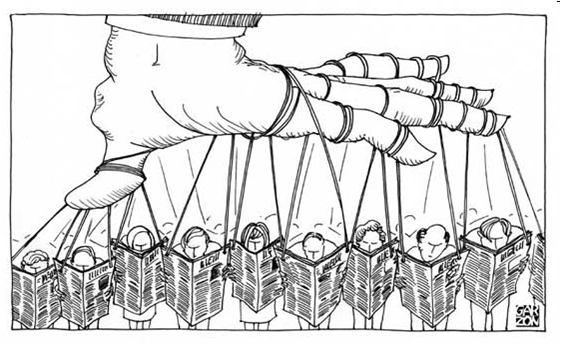 Outside of CORE, a growing body of voices are stating publicly that the CORE curriculum is too narrow. Kate Raworth wrote on her blog that:

'CORE’s twenty modules are works in progress...but to be honest I don’t feel it bodes well... it’s only when we reach Module 17 that we learn about ‘The economy of the Earth’... and in the outline of the whole curriculum there doesn’t appear to be any room to discuss whether or not unlimited economic growth is theoretically, technically or socially possible".

Hugh Goodacre wrote in the FT that:

'Far from introducing a wider range of viewpoints, [CORE] excludes any method or theory other than the same old simplistic platitudes about equilibrium and disequilibrium and all the rest of it. It aims to justify to first-year students the fact that their further curriculum will centre overwhelmingly on mathematical models constructed on that basis, and far from welcoming student discussion in its formulation, consultation on the course by students and dissenting staff was rigorously denied'

Ha-Joon Chang and Jonathan Aldred, writing in support of the student campaign in the Observer, point out that 'in Cambridge, like every other elite university, the undergraduate economics curriculum has remained almost the same'.

These comments suggest little has changed since this survey of undergraduate economics programmes published in 2012. The original INET UK Economics Curriculum Committee, led by Lord Skidelsky, found that courses in microeconomics emphasised theory and mathematics; macro courses relied heavily on New Classical thought; and only two out of twelve universities discussed economics from a qualitative perspective such as history of economic thought, economic history and philosophy of economics.

Why are there still so many dissenting voices? It has been suggested in a Reuters Blog that students 'underestimate the scale of the intellectual scandal'. Looking at the press coverage, it seems the campaign also underestimates the scale of the intellectual spin. As Imre Lakatos might put it, the CORE has a  'protective belt' or positive heuristic which is more flexible and 'forges ahead with almost complete disregard of 'refutations' (Lakatos, 1980: p51).